The company EUROPOMICE S.r.l. started the activity of extraction and production of inert volcanic materials around the end of the eighties by taking over and improving some of already existing production units in the area on the border between Tuscany and Lazio, near Bolsena lake. This lake was built out of an antique volcanic site by cooling off and subsequent flood of the same. The activity of this volcanic site has determined the geological conformation of the surrounding territory enriching it with inert volcanic materials such as PUMICE, LAPILLUS and ZEOLITE.

During 2005 Europomice s.r.l. has started a new extraction activity in Sardinia, in an active FELDSPAR quarry. FELDSPAR is a flux used in the ceramic industry for production of porcellanato tile body.

During the last years, Europomice has reached the position of the market leader of the VOLCANIC MATERIALS AND THEIR MIXTURES. This is due to the recognised professionality and the remarkable experience of the ownership, highly specialized since generations.

Nowadays Europomice is exercising its extraction activity and the preparation of finished products and different mixtures in various QUARRY LOCATIONS, which are:

Fill out the form to request information from EUROPOMICE S.R.L. 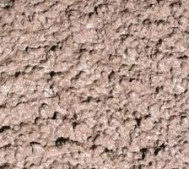