Otis is the world’s largest manufacturer of lifts, escalators and Trav-O-lators®.
For architects and contractors, developers and homeowners, Otis is the world’s leading people mover.
We are a wholly owned subsidiary of United Technologies Corporation.
While we manufacture, install, modernise and maintain lifts, escalators, and Trav-O-lators®, the heart of our business is problem solving. Whether a customer needs a sophisticated lift system for the tallest building in the world or a simple lift for a two-story home, we are dedicated to providing the safest, most reliable solutions possible.

Otis at a Glance

Otis UK and Ireland provide the most comprehensive branch network with the largest number of maintenance engineers nationwide.
Wherever your location, Otis has a local office near to you and provides a full range of installation, maintenance, modernisation and repair services.

We intend to be the recognised leader in service excellence among all companies—not just lift companies—worldwide. We will inspire our customers’ total confidence through exceptional service that earns us 100 percent of their business, 100 percent of the time.

OUR VALUES—PRINCIPLES THAT GUIDE OUR WORK BEHAVIOR

By embodying these values and doing many small things right every day, we deliver for our customers.

People We believe the most important assets of the Otis Lift Company go home at the end of every workday.
Safety Millions of people around the world use Otis lifts and escalators every day without giving safety a second thought. For us, that’s success. We understand that the safe way is the only way.
Quality For more than 150 years, quality has made Otis the most trusted name in the industry.
Integrity We must do the right thing every time, and run our business to the letter and spirit of the law. By acting ethically and honorably, we win the loyalty of our customers.

Otis has changed the shape of the world. From humble beginnings in Yonkers, New York, to the worldwide industry leader it is today, Otis’ long history is a testament to safety, service and performance.
Perched on a hoisting platform high above the crowd at New York’s Crystal Palace, a pragmatic mechanic shocked the crowd when he dramatically cut the only rope suspending the platform on which he was standing.
The platform dropped a few inches, but then came to a stop.
His revolutionary new safety brake had worked, stopping the platform from crashing to the ground. “All safe, gentlemen!” the man proclaimed.
The man riding the hoist was Elisha Graves Otis, the founder and namesake of our company. With his safety brake, Otis literally started the lift industry.
His invention enabled buildings – and architects’ imaginations – to climb ever skyward, giving a new and bolder shape to the modern urban skyline.
Mr. Otis sold his first safe lifts in 1853. Today, more than a century and a half later, Otis still stands as the world’s leading lift company, with more than 60,000 employees serving customers in nearly every country on earth.
Thanks to their dedication, you can ride Otis equipment with confidence, knowing that it represents more than 150 years of experience in both safety and quality.

Fill out the form to request information from OTIS L.T.D. 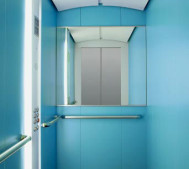 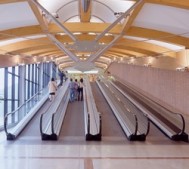