The global specialist in energy management

As a global specialist in energy management with operations in more than 100 countries, Schneider Electric offers integrated solutions across multiple market segments, including leadership positions in energy and infrastructure, industrial processes, building automation, and data centres/networks, as well as a broad presence in residential applications.
Focused on making energy safe, reliable, efficient, productive and green, the company’s 150,000 plus employees achieved sales of 23,6 billion euros in 2013, through an active commitment to help individuals and organisations “Make the most of their energy.”

Make the most of your energy

Improve your bottom line while consuming less energy and protect against power outages.
We provide you with solutions to make energy safe, reliable, efficient and productive.

Energy Efficiency: do more with less

We know that energy demand will skyrocket whilst we will have to drastically cut green house gas emissions.
We also know that more than 40% of GHG emissions, are caused by industry, buildings and residential markets.
We provide energy efficiency solutions, which can achieve up to 30% of energy savings.

“You must be the change you wish to see in the world.”
This quote from Mahatma Gandhi sums up the mindset of Schneider Electric.
Beyond business solutions, we cover all the aspects of sustainable development: society, governance and environment.
And because you cannot manage what you cannot measure, we follow our improvements with a unique tool: the Planet & Society barometer.

The history of Schneider Electric

The iron and steel industry, heavy machinery, and ship building in the 19th century.
Electricity and automation management in the 20th century.
In 170 years of existence, Schneider Electric has risen to numerous challenges and made major strategic choices to become a leader.

First half of the 20th century 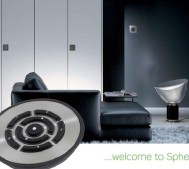 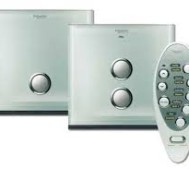