It's passion, and a good deal of business sense, that helped turn GRAPHISOFT into a global player.

GRAPHISOFT is a company that distributes software and that started the BIM revolution in 1984 with ARCHICAD®, the industry first BIM software for architects.
Graphisoft continues to offer innovative solutions such as its revolutionary BIMcloud®, the world’s first real-time BIM collaboration environment, EcoDesigner STAR, the world’s first fully BIM-integrated “GREEN” design solution and BIMx®, the world’s leading mobile app for BIM visualization. GRAPHISOFT has been a part of the Nemetschek Group since its acquisition in 2007. 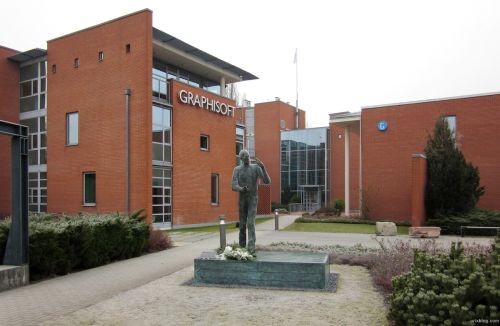 Mission
Bring BIM into common practice for the design and realization of buildings by enabling model-based workflow integration through innovative IT solutions.

A Multinational Software Corporation
GRAPHISOFT SE, Budapest, Hungary is the largest entity in the GRAPHISOFT Group and the corporate headquarters. Its staff controls R&D, manufacturing, publishing, and international sales and marketing. Approximately one half of the headquarters’ staff is employed in product development, while additional teams assist international distributors in 14 geographic regions worldwide; localize and publish software and manuals in major languages; coordinate GRAPHISOFT’s Productivity Tools program; provide product support; and exercise financial control and steer the direction of the entire group.

GRAPHISOFT Deutschland GmbH, Munich, Germany was founded in 1988 to serve Europe’s largest CAD market. Traditionally, this office has contributed the most income among the subsidiary offices.

GRAPHISOFT N.A. Inc., Boston, following the merger of GRAPHISOFT US, Inc. San Francisco, established in 1989, with Drawbase software, the US division has moved to the Drawbase headquarters in Boston to market, sell and support ARCHICAD in the United States and Canada. In addition, the U.S. office channels industry news, market information and user feedback from the world’s most computerized market.

GRAPHISOFT Japan Co. Ltd. opened in Tokyo in 1994 to serve the second largest architectural CAD market in the world. GRAPHISOFT’s adoption of Japanese architectural conventions and the development of strategic alliances with some of Japan’s largest construction companies and CAD software distributors resulted in rapid success in Japan.

GRAPHISOFT UK Ltd. was founded in 1997 to reinforce GRAPHISOFT’s commitment to the second largest architectural CAD market in Europe. The Woking office provides immediate marketing and technical assistance to the UK sales channel.

GRAPHISOFT Brazil opened in 1999. Based in Sao Paulo, the Brazil office provides service and support to the hundreds of architects using Graphisoft’s BIM software in the developing South American market.

GRAPHISOFT Beijing Rep. Office was established in February 2012. The firm’s Beijing office is instrumental in implementing BIM in large-scale architecture and design projects throughout China.

GRAPHISOFT Mexico opened in 2013. The office in Mexico City serves as the sales, marketing and services hub of the Latin American region, as part of the strategic market development plan in Central and South America.

GRAPHISOFT Italy was established in 2015 following the acquisition of Cigraph’s ARCHICAD distribution unit. Based on the outskirts of Venice, Cigraph was selling ARCHICAD in Italy since 1984. With the acquisition, GRAPHISOFT can directly nurture one of the most important markets in Europe.

Fill out the form to request information from GRAPHISOFT 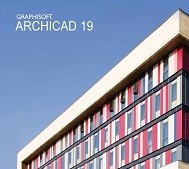 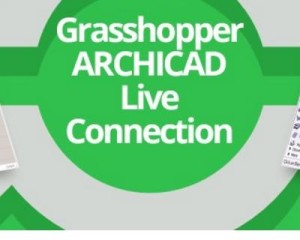 GRAPHISOFT®, the leading Building Information Modeling (BIM) software developer for architects and designers, has announced the winners in its Grasshopper-ARCHICAD Workflow Competition. The industry’s response to GRAPHISOFT’s Grasshopper-ARCHICAD Live Connection Tool has been overwhelming! The input of users ... Read More →