Inverters are much more than simply converters 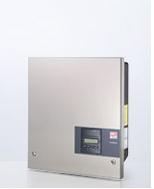 Inverters transform direct current created by solar modules into alternating current (230 volts) that we use to operate our electrical appliances.
But inverters are much more than simply converters.
As the multi-functional heart of various photovoltaic systems, an inverter fulfills many tasks.
Inverters monitor and control the entire photovoltaic installation, ensure maximum performance and collect operating data.
In grid-connected systems, inverters disconnect automatically from the grid when necessary, interrupting grid feed-in and protecting it from overloading.
In off-grid back-up systems, inverters ensure uninterrupted electricity provision by switching on immediately after a power outage.
There are circa 150 different inverters in various performance classes on the market today.
We know the differences and can tell you which one is right for you.
Please make sure inverters are mounted in a suitable location.
Ideally, inverters are mounted in a cool environment such as a basement.
In warmer climates, we recommend an inverter with built-in ventilation to protect it from overheating.

Fill out the form to request information from IBC SOLAR S.R.L.

Other Products by IBC SOLAR 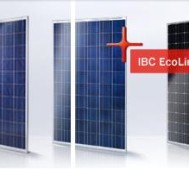 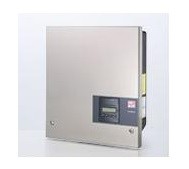